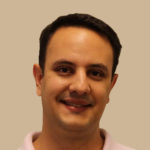 Rafael, later with his wife, opened Ascendance Studio in 2013. His work has allowed Ascendance to become one of the most high-tech dance studios in South Florida. Ascendance Studio’s founding story was recently showcased by Google in a short film that highlighted the powerful combination of artistry and high-tech marketing. Rafael is BizHack Certified Lead Instructor.

While a participant in BizHack’s “Digital Marketer’s Edge” programCurrently, and in addition to directing Ascendance Studio, Rafael instructs other small business owners in digital marketing through a series of courses at various local community colleges.